Getting Respect on the Streets: The Anatomy of a Good Wrestling DVD Release

I own 71 wrestling DVDs.

Of those, 42 are WWE releases and 28 are TNA releases. I own zero Ring of Honor DVDs, but I do own the singular Wrestling Society X release (I have no excuse for this).

This isn’t as many as Steve Orbanek owns, but few people have that kind of dedication. Moreover, “The Natural” Brian Andrews has the most impressive collection that I have seen, but the awe is toned down a bit because of the sheer number of DVD-Rs that it is made up of.

In the world of music, a good album cover can really enhance a release. In the world of DVDs, this is not so much the case. The cover of film and TV DVDs often is terrible or undistinguished, and wrestling DVDs tend to be worse. This does not affect the product or color it as much as an album cover, so it is moot. 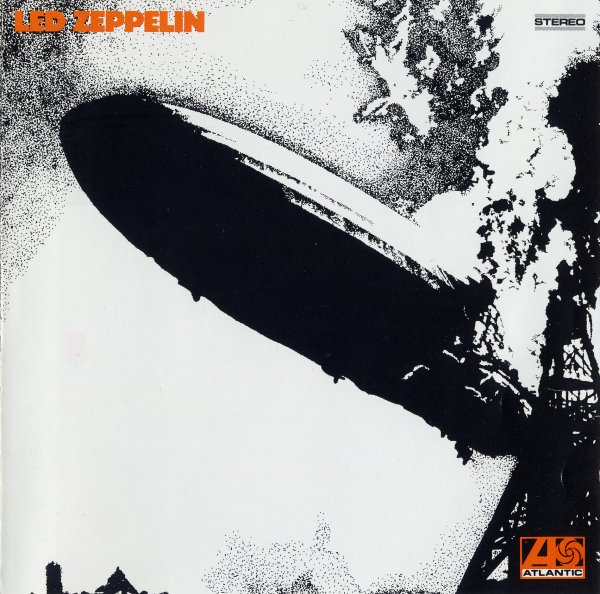 If this were the cover of a wrestling DVD, no one would care

One thing that WWE does extremely well are documentaries. The production team always makes excellent pre-match hype videos for big feuds. When their talents go into extended play mode, the results can be spledifferifferifferous.

Probably the best documentary the company has released is “Stone Cold Steve Austin: The Bottom Line on the Most Popular Superstar of All Time.” The main event is about two and a half hours long, and it gives good insight into the man and reminds everyone watching why they like Austin so much (hint: its the person himself and how much of it goes into the character; not so much the violent sociopathy, but the accent, the casual swearing, etc). To add to the doc, the release has three bonus discs (most wrestler bio documentaries have two bonus discs). The lucky buyer gets two discs of matches (which is standard) and gets a disc made up entirely of promos (highly unusual).

Biographies of Edge, Mick Foley, Chris Jericho and Bret Hart (which is a unique case; apparently it was supposed to be a hatchet job along the lines of “The Self Destruction of the Ultimate Warrior,” but Hart stepped in and made it a special collaboration between himself and the WWE) are nearly as good.

Another excellent production is “The Rise and Fall of ECW.” This is the most extensive documentary WWE has produced. At two hours and 45 minutes, it covers every relevant performer and storyline in ECW history (and yet not a single mention of Roadkill; fools). It’s a little too long to be fully enjoyable, but it’s still great. “The Rise and Fall of WCW” is a more entertaining view, and it should be longer given WCW’s more extensive history (the DVD clocks in at about an hour and 45).

Documentaries work in the short form too. The 55-minute “Attitude Era” doc gives decent insight into that special time (and, it probably should have gone on for at least another half-hour, but beggars can’t be choosers). The 90-minute “Monday Night War” is delectable. And, being an older release (about 2003 or 2004), it has things no longer seen in WWE releases, such as extensive Chris Benoit interviews and insight from Jim “Crazy” Cornette.

He’s crazy, boys. Get the taser

WWE also makes good “concept” releases. Perhaps my favorite is also one of the dumbest. You know what I mean: “OMG!” A countdown of the most “OMG” moments in the WWE video library history? How’s that for a high concept? Its a fun view and makes for a good drinking game. The “Shawn Michaels vs. Bret Hart” DVD with a long interview with the two performers is packed with tension (despite the fact that both men by this point had resolved most of their differences). “The Best of Raw” and the “Best of SmackDown” are essentials.

The three-disc WrestleMania releases also are very good. The inclusion of the Hall of Fame ceremonies is a real plus.

For all of the positives of WWE releases, some of them have their faults.

“Ladder Match 2” (I don’t own the original “Ladder Match”) has great matches, but I don’t really need to sit down and watch them right now. The biography of the Rock is decent, but it just doesn’t click for me (he’s probably a nicer guy than most stars of his stature, but he comes off almost as insincere as Randy Orton or Shawn Michaels). Most releases of pay-per-views are pretty bare bones.

Older three-disc WWE releases were nine hours long. A couple years ago, most of them were shortened to seven and a half hours. This is annoying in theory, but since no one (NO ONE) sits down to watch a three-disc release in one sitting, it doesn’t really matter.

WWE DVDs have remarkable consistency in some ways. They always start with a few previews for other DVDs, video games and whatever movie John Cena or Triple H has starred in lately. In an unfortunate circumstance, one of my DVDs (it’s either “WrestleMania 20” or the “Rise and Fall of ECW”) kicks off with commercials for the Chris Benoit and Eddie Guerrero DVDs back to back. Whoops.

Following the previews, you get the “be smart, be safe” promo telling you not to “try this at home.” The user cannot skip over this, and that’s good thing. It reminds kids and rednecks that attempting the tombstone piledriver or, more importantly, mugging for the camera like John Cena can be hazardous to their health and personal relationships. My copy of “The Rise and Fall of WCW” features a commercial for the U.S. Navy which also cannot be skipped over. Double whoops. 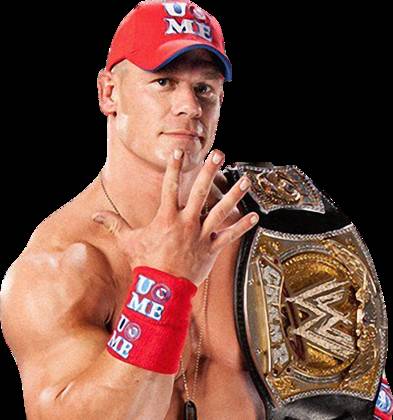 Don’t try this at home

TNA DVDs, on the other hand, are almost like the creatures of the Galapagos Islands. They have little consistency or relationship to each other, weird elements just show up from time to time and they are hard to find in the wild (i.e., stores).

“The Best of 2007” was a good concept that only happened once (it also featured the visage of superstar announcer Barry “Not Byron” Scott). “Triple Threat” packs featured three pay-per-views in one very inexpensive box. These mostly were from 2009 and 2010. “The 50 Greatest Moments” is a little like a more reverent (heavily kayfabed) version of WWE’s OMG DVD (which was fairly kayfabe itself). “The Best of the X Division Twin Pack” is absolutely essential for anyone with a casual interest in the history of TNA.

Unlike WWE DVDs, TNA releases have next to no consistency in terms of how they start. Sometime you can skip over the previews, sometimes you cannot (often times, you can’t skip them using the skip button, but you can by fast forwarding). On at least one occasion, the show begins right away and the menu does not pop up until the end. Sometimes, a hype video begins after the previews before going to the main menu. It gets to a point where you wish you have a manual or a list of which DVDs have which so you know what to do and what not to do when you play them.

Without a real distribution deal anymore, pay-per-view releases make up the entirety of recent TNA DVD releases. A good TNA PPV always is fun. Something about them gives them a nice feeling that a WWE PPV doesn’t have. TNA shows don’t have the “big show” feel, but they have a homey feel that can be cute (despite the generally higher violence level relative to a WWE show).

The format for DVDs highlighting individual wrestlers changes with each one. “Jeff Jarrett: The King of the Mountain” is the best one of these because of how extensive it is. It’s a four-disc release, the only one in TNA’s history, and it has the most professional packaging. Earlier, I ragged on DVD covers, but this one is great. The main problem with this release is that the interview segments are interspersed with matches, making it difficult to watch the entire bio in a row or watch several matches in a row (which matches are on which disc also is not clear on the packaging; so much for being professional). Kurt Angle’s DVD (in which the crew interviews James Farrior and we learn that Kurt’s brothers have great yinzer accents) is formatted the same way, this time on only two discs. 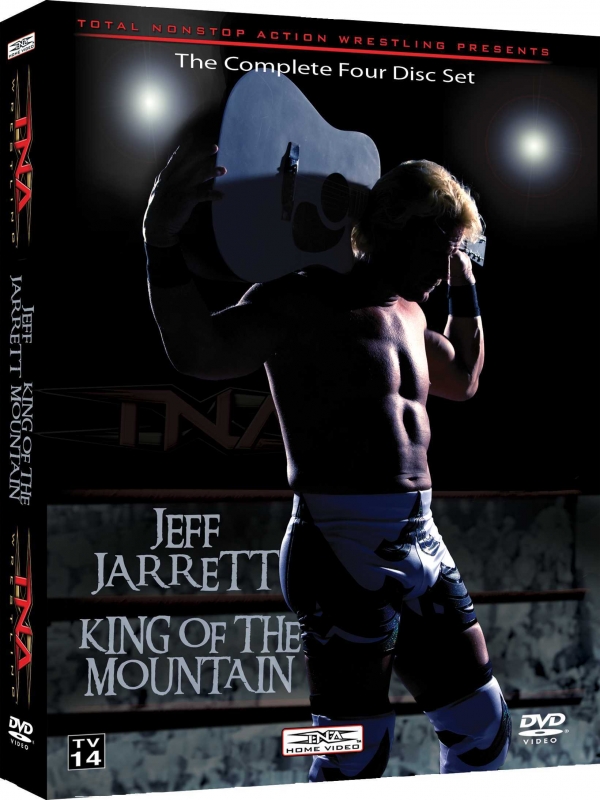 The exception to the rule

The Christian Cage DVD is nice and bite-sized. It has seven matches, a decent career interview and features a tour of his house (I never looked at Newman’s Own salad dressing the same after that). I also am a big fan of the two AJ Styles DVDs. The first one features very early AJ matches with small interview segments (in which we discover AJ’s fascination that Coke is cheaper than bottled water and that he considers playing video games what he does best) and the second one features the infamous triple threat X-Division championship match between AJ, Christopher Daniels and Samoa Joe and features a full interview (in which we get a small taste of AJ’s religious zealotry and discover that he performed very well in his high school home economics class).

However, “The Best of Christopher Daniels: Heaven Sent, Hell Bound” is a major disappointment. If you look at the match listing on the menu, you might think, “Wow, this is a lot for a single disc.” Of course, people watching closely (or those that carefully read the packaging) will note that it contains parts of matches, always the beginning and ending with parts edited out in between.

To make it short, WWE DVDs are consistent in production and have a “big show” feel while TNA DVDs have a great patchwork feeling.

I’ll admit, I really like my collection. Not as much as my much larger CD collection, but it’s still something that I like to have. Of course, when the digital dark age comes in the next five to 50 years, it will be worthless. Until then, I’ll pop a DVD in from time to time and savor it.

View all posts by John Bojarski