What five albums would you take with you on a desert island? 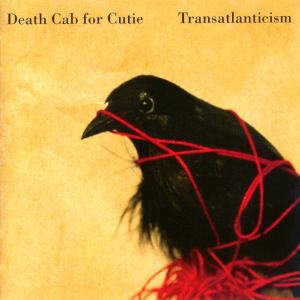 Today, the EHC staff discusses a question as old as time…

From: Matt Kasznel
To: EHC Staff

My brother and I go back and forth on a hypothetical question every few months: if you were stranded on a desert island with only a music playback device of your choosing and five albums, which five would you take with you to listen to for all your remaining days?

The only rule: no “Greatest Hits” albums, but movie soundtracks and “live” CDs are OK. So you can’t pick the “The Best of Peter Frampton,” but “Frampton Comes Alive” is fair game.

You could do this with just about any form of media – movies, books, comics, etc. I like doing music because, like books, you can only be engaged through one of the five senses for the most part. Also, my five movies would suck and everyone would hate me for listing them. (“Who’s ready to watch ‘Thumbtanic’ again?”)

For most people, this will be a challenge to limit an eternity of music to just five CDs, so variety is paramount, unless you make the only reasonable choice – all five Creed CDs. What’s that? No one? Didn’t even know they’d put out five? Hm. Well, your loss.

Anyway, I’ll start with mine…

(side note: 10th anniversary already? Damn it, when’s my AARP membership coming in?)

I have a ton of honorable mentions, but I want no credit for stuff I didn’t put on the list. Instead, I turn the question over to you, my fellow EHC’ers. What are you taking on the island with you?

Great concept, and a good challenge for the musically inclined/incompetent. Though, I think it was Chuck Klosterman who said that he would take five of those Pink Floyd albums that are made of gold (because gold is malleable enough that he could fashion makeshift weapons or tools out of them; very practical on a desert island).

Okay, so here are mine. I agree that five albums….errrrrr…..CDs are hard to choose, But I’m going to give it a go.

I love all genres of music except country music. And I get bored listening to one genre. Yet, if I had to pick, I’d probably shoot for legends, and that’s going to be rock, for me. I’m going to do this off the top of my head. With some reflection, it might change.

Again, I am making this list without a lot of forethought, but these are my five. Hard to believe I left off The Beatles Abbey Road. Also, no Pink Floyd, but they are really overplayed (“And Led Zeppelin is NOT???”) so Dark Side and Wish You Were Here are easy to pass on for that reason (not THAT easy). Originally, I did have Animals on the list, but it’s a 5-song album and I only like 2 of those songs. But I like them a LOT. Very cynical. And they are long songs, which kind of helps.

Also, no rap (which I love a very little of), no classical, and no jazz, which might be cool on a deserted island. But I’m thinking of music to play over and over. I’d miss the other stuff, but these are my choices.

Honorable Mentions: Arcade Fire, The Suburbs; Rilo Kiley, Under the Blacklight; Jackson Browne, Late for the Sky; Bruce Springsteen & the E Street Band, The Rising; Kings of Leon, Only By the Night

Alright, these aren’t my favorite albums (well, not always my favorite), but they are certainly the ones that I come back to the most. I love the other choices here, and would love to hear some of you on the college side of things, but here’s my list, for what it’s worth.

So…The Beatles, Zeppelin, Van Halen (NOT Van Hagar), Pearl Jam, and a wild card appears to be our winning combo. However, as the originator of the post, I’m making an amendment to my list. Why? Not a single hip hop CD through the whole damn thing.

5. “good kid m.A.A.d city” by Kendrick Lamar
I wanted DCFC on my list because it was a fantastic, emotional, yet mellow CD. Which, incidentally, is a big reason why I loved Kendrick’s CD. There are plenty of high-energy tracks (see “Backseat Freestyle” and K.Dot’s interesting take on the Eiffel Tower), but the best tracks – “Art of Peer Pressure,” Swimming Pools,” and “B**** Don’t Kill My Vibe” – are laid back and soulful, the soundtrack to a lazy weekend indoors, or out on the porch. A combination of ace production, fantastic rhymes, and solid guest spots make it a perfect modern rap album.

View all posts by Matt Kasznel